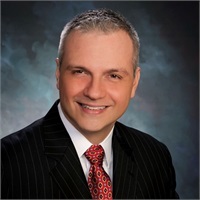 Joseph is originally from Brooklyn, New York and received his degree in Business Management and Finance from Brooklyn College and his Masters in Tax from Long Island University.

He started his career at INVEST Financial Corporation as an advisor in the banking arena for several years before transitioning to Oppenheimer Funds in New York City. At Oppenheimer, he worked in the twin towers as an internal wholesaler supporting and advising representatives about their products. In 2001, Joseph accepted an offer as a Regional Vice President at Allianz Life and moved to Pennsylvania where he traveled extensively covering eastern Pennsylvania, southern New Jersey and Delaware. He was recognized as the Regional Vice President of the year two times and was in the top three in national sales eight times. Additionally, he was the first wholesaler at Allianz Life to be recognized as employee of the month as well as a finalist for employee of the year, in a company of over 5,000 people.

In 2010, Joseph and Joel became business partners in the financial planning practice first started by Joel over 30 years ago. Since 2010, Joel has retired and Joseph received his Series 24 registration granting him supervisory responsibilities.

Joseph takes an active role in researching, creating and maintaining client portfolios as well as meeting with clients on a daily basis. He enjoys learning about people and is passionate about the financial markets. Joseph is currently involved in the Greater Lehigh Valley Chamber of Commerce.